"Everyone likes great beer... they just don't know it." 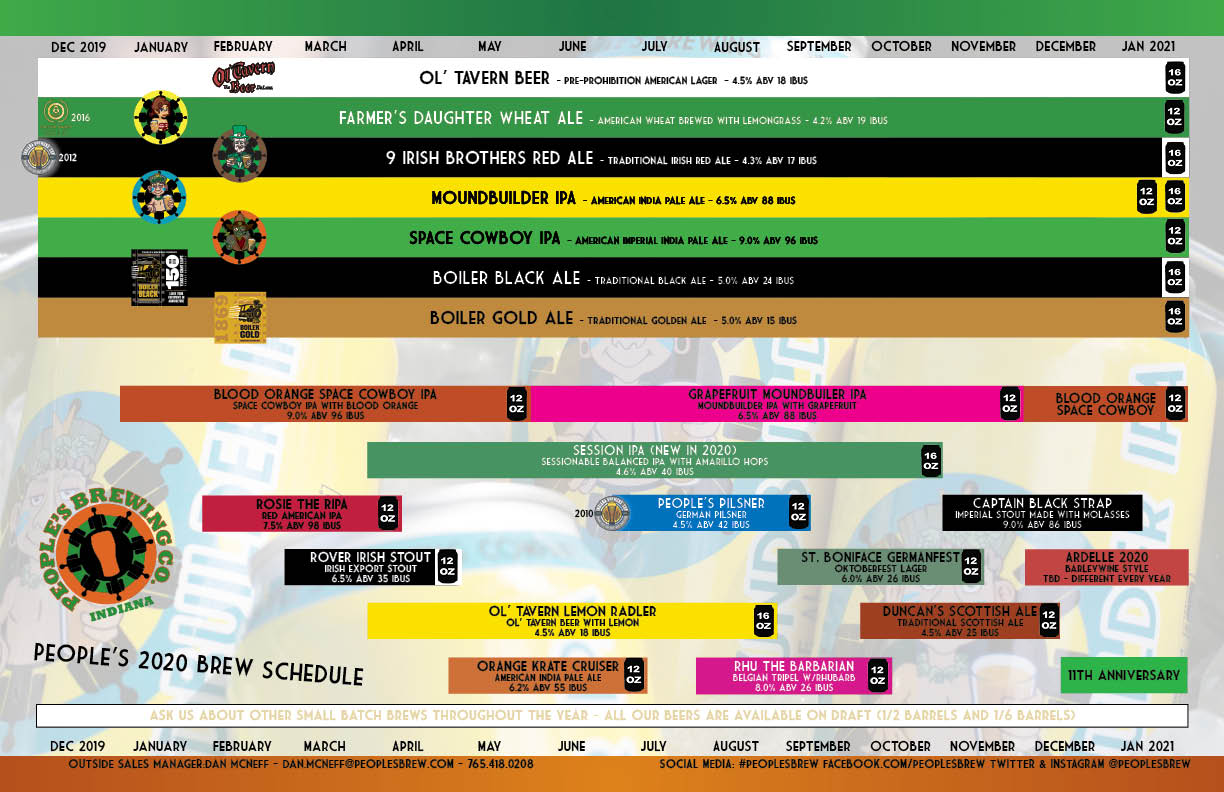 We were established in 2009 and are located in Lafayette, Indiana. We produce hand-crafted beers to fit many people. We brew beers that you want to drink, not just try. Our selection of year-round, seasonal and specialty beers means there is something for everyone. We have a passion for classic styles. American ales, German lagers, Belgian ales, English ales and more can be found all around Indiana and Chicago. Ask for People’s where you buy beer or come see us at the brewery.

The heart of People's Brewing Company's production facility is our 20 barrel brewhouse, designed and built by AAA Metal Fabrications. We have a three vessel system with a Mash and Lauter Tun combo, Kettle, and Whirlpool. We started production on Thanksgiving Day in 2009 with four 40 barrel fermentors and one 40 barrel brite tank. In 2011, we added two 50 barrel fermentors and started bottling our Farmer's Daughter Wheat Ale, People's Pilsner, Moundbuilder IPA and Mr. Brown Imperial Ale. In 2013, we added a 5000 sq ft addition to our production space, allowing for increased fermentation, finishing, and warehousing. Four 80 barrel fermentors and one 80 barrel brite tank were added at that time and we were also able to start canning several beers. Our dedicated brewery team works hard to produce fresh local beer for our community and beyond. Come see the brewery for yourself! We offer free walk-in tours on Saturdays from noon to 4 pm. (Tours at other times are subject to the availability of knowledgeable staff and production space, and may require a fee.)

There are no upcoming events to display at this time.

If you got any questions, please do not hesitate to send us a message.